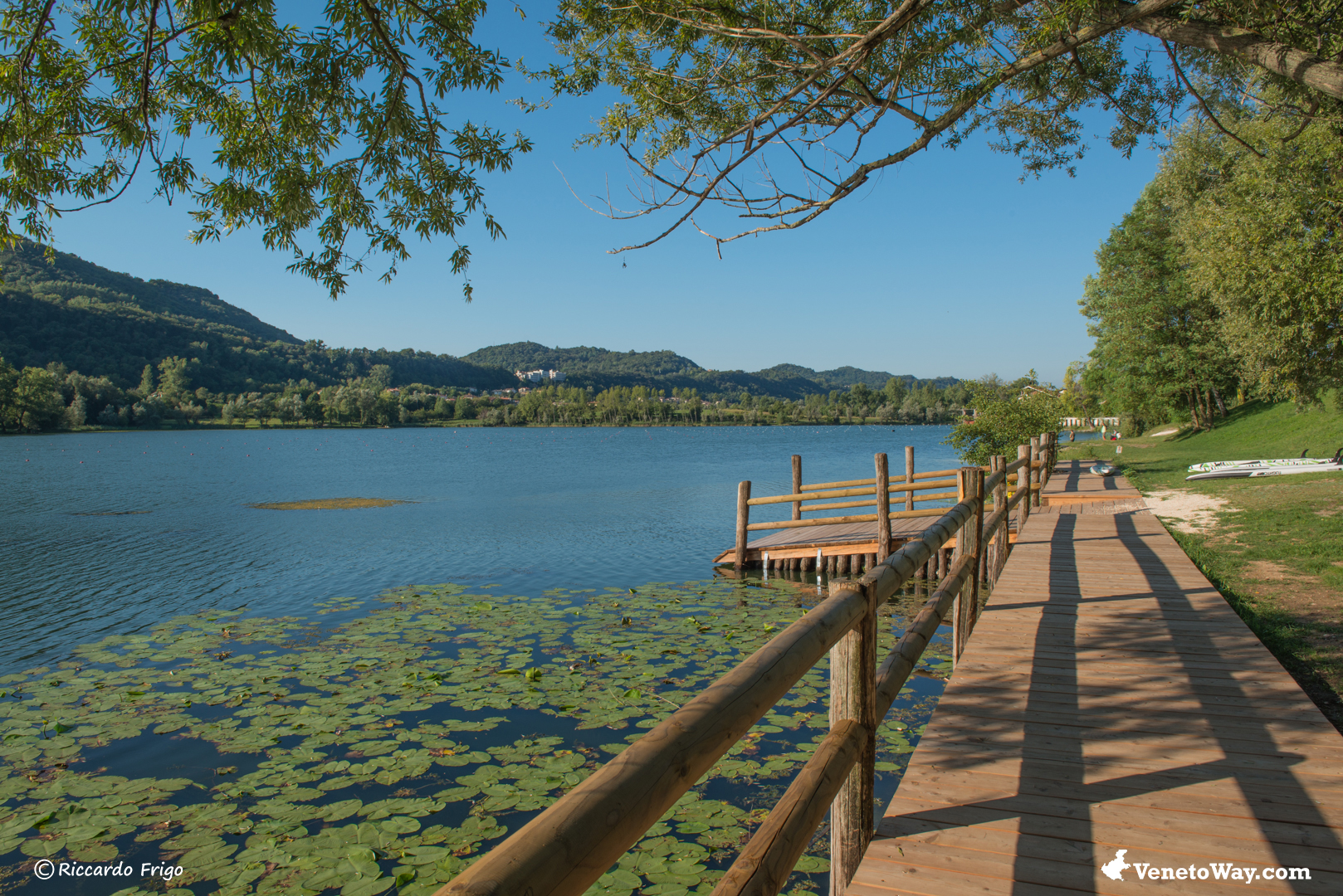 In this article we discuss the Revine lakes, a magical and very suggestive place that is located along the prosecco wine route, in the province of Treviso.

The Revine Lakes are two picturesque and evocative glacial lakes located in the Treviso hills, nestled in the Valsana, in the Venetian Pre-Alps. Specifically, we are talking about Lake Santa Maria to the east and Lake Lago (or San Giorgio) to the west, divided between the municipalities of Revine Lago and Tarzo, in the province of Treviso. 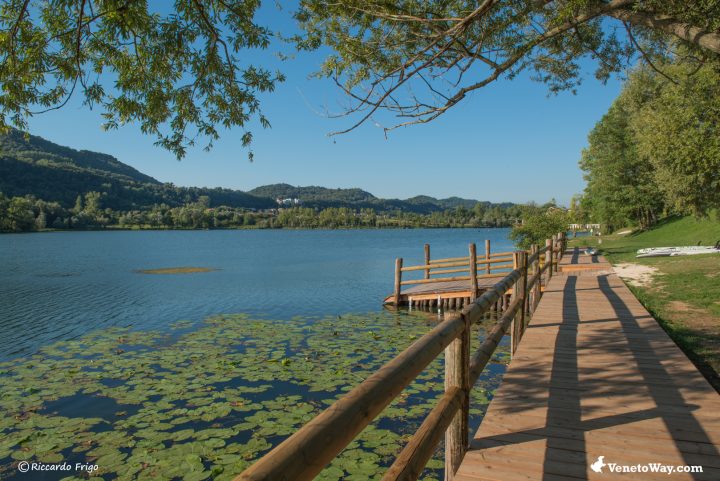 The basins of the Revine lakes are separated by a marshy area of about 300 meters, and communicate with each other thanks to the canal of boats, where once there was a larger lake born after the retreat of the great Piave glacier, during the various phases of the last glaciation. 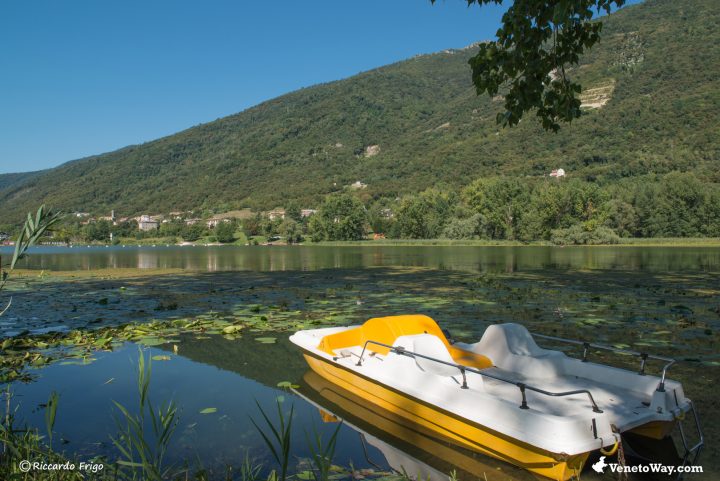 The Valsana was an important transit place for the Romans, in fact the Claudia Augusta military road passed through these parts, whose construction dates back to the first half of the 1st century AD, and it is believed that it was built to connect the Roman world with the Germanic one, thus starting from the Po Valley, across the Alps to Bavaria.

To witness a difficult and difficult period we find some ruins of the three fortresses of Monte Frascon, in particular the traces of the three castles are: the Castel Major in the locality of Pra de Palazh, the Salt de Casin a minor fortress and the Castle of Mount Frascon. 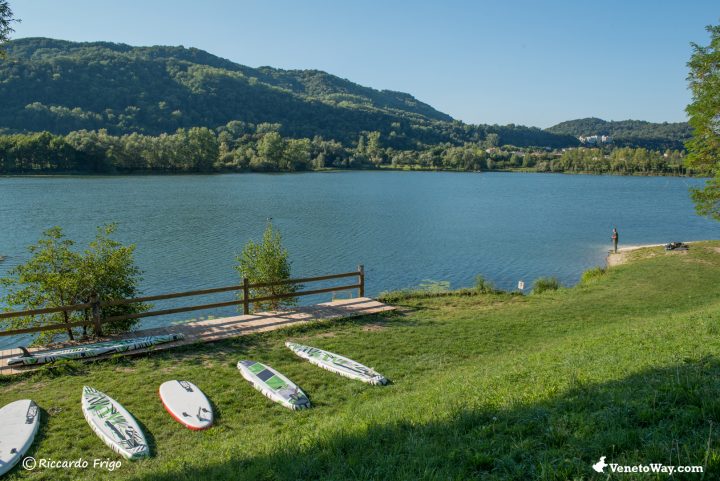 Lake Santa Maria is the smaller of the two, due to a lower change of water that remains entrusted only to the underground springs, this event clearly visible from the water bubbles that emerge during the cold season. The largest is Lago lake, thanks to a more favorable condition for support, which comes from the Piaveson stream, fed by an important karst spring. The Revine lakes give life to the Soligo river, a left tributary of the Piave, a remarkable naturalistic site with numerous marshy areas and extensive peat bogs. 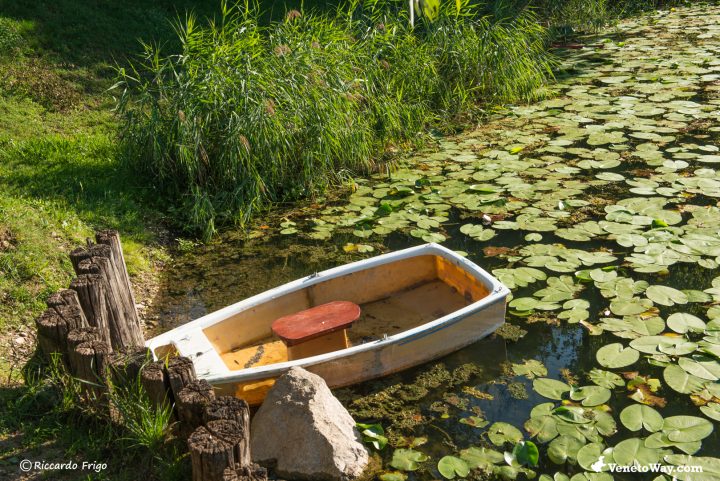 In the area of "Va dee femene", in Colmaggiore di Tarzo, we can take a nice walk along the banks of the lake, among the reeds and water lilies, in the isthmus between the two lakes, where we find some archaeological remains of a pile-dwelling village with the Livelet Educational Archaeological Park.

A territory rich in resources, typical products and pretty villages.