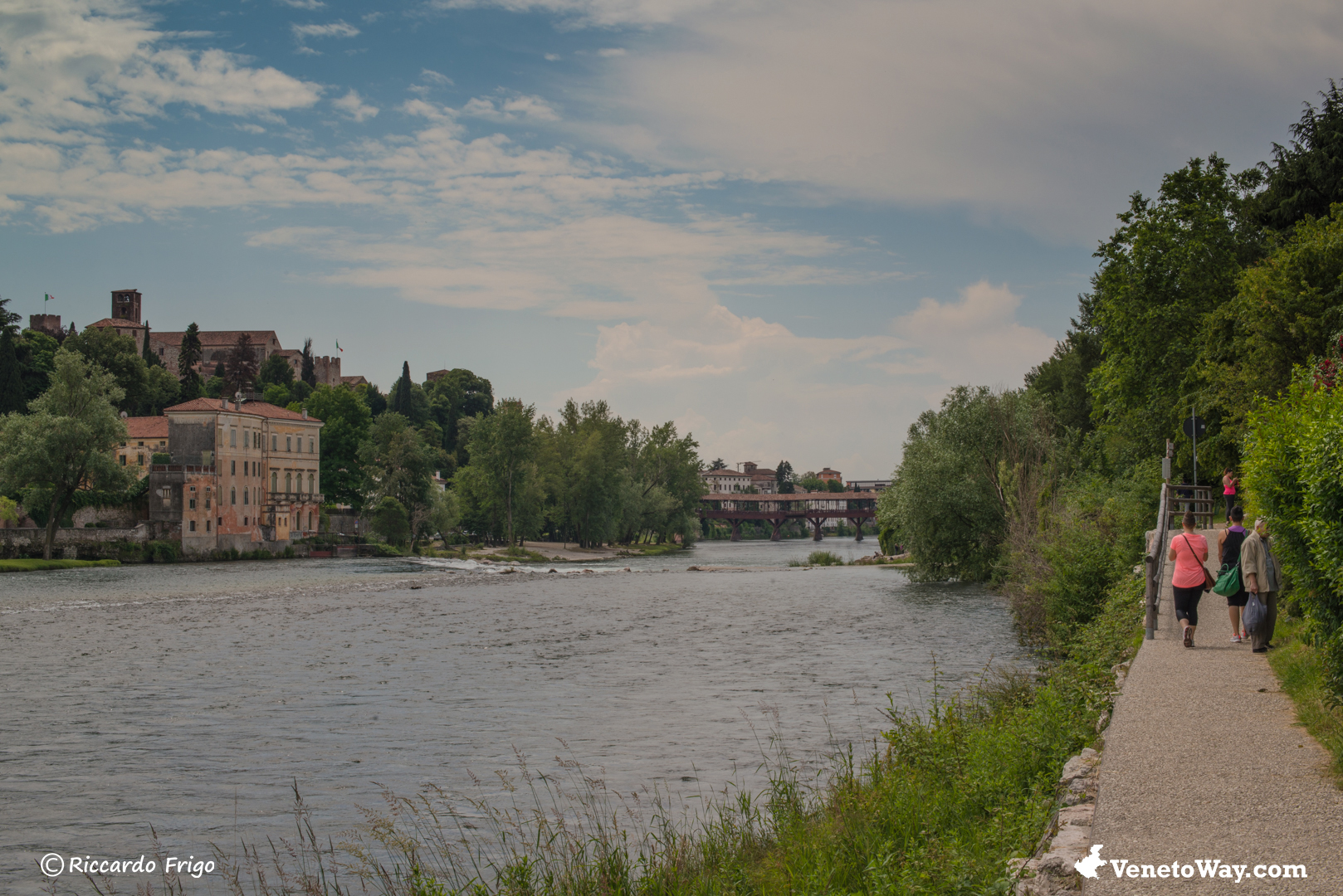 In this arctic we treat the walk to Brenta river, a relaxing and pleasant path that follows the course of the Brenta river.

The walk to Brenta River is a lovely walk that winds through the graceful melodies of the incessant stream, which descends lively along the high rocky walls of the Valsugana, then crossing the entire Veneto region to the Adriatic Sea. A particularly interesting and pleasant circular route, which crosses old historic buildings, especially in the first section, and long wooded sections, especially near the river bank. 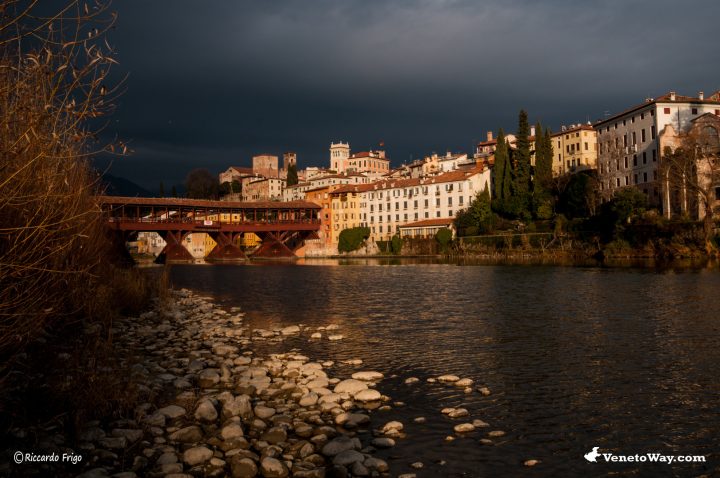 The path is well cared for in some sections, while in others it is slightly bumpy, but there are no important danger signs to highlight. The walk to Brenta river starts from the beautiful Bassano del Grappa, and more precisely from the famous Alpini Bridge, or Old Bridge, a jewel and symbol of a city in continuous growth. 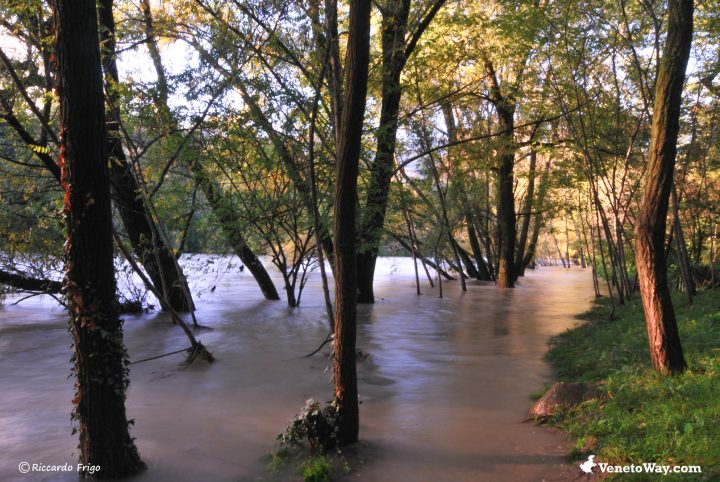 Located in the heart of the Veneto region, between the provinces of Treviso, Padova and Verona, it is a city of a thousand talents and a thousand flavors, thanks to a generous territory and to artists of the highest level. The numerous palaces and villas in the area embellish a special area, protected to the north by the Seven Municipalities Plateau and the Mount Grappa Massif.

Furthermore, one cannot fail to mention, in fact, the painter Jacopo da Bassano, who represented landscapes and animals with a perfect use of light and the famous prints of the Remondini family, famous throughout Europe, who in the eighteenth century gave work to about a thousand citizens. 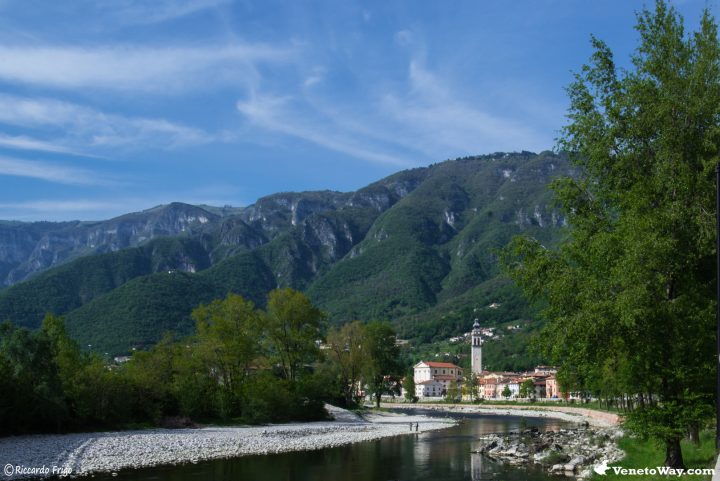 The route starts on the right Brenta, on the side of the Museum of the Alpini bridge, along via G. Volpato, where the car park is also quite easily located. The path goes among large weeping willows, near the beach of Bassano, where the gentle banks allow a simple and refreshing foot bath. Continue along a high wall that borders the shore, among shrubs and large trees, passing the district of Sant Eusebio, until you reach the village of Campese, always skirting and keeping the river on the right. Just after Campese it is possible to cross the river, thanks to a cycle and pedestrian walkway. 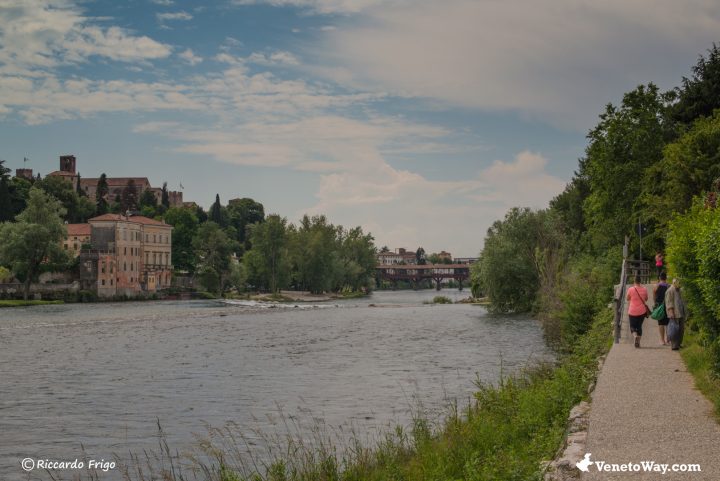 At this point, the gear is reversed, descending to the left Brenta, along a pleasant and well-organized cycle path. Once off the dirt path, at the hydroelectric power station, you can visit the Hemingway and Great War Museum. The famous writer stayed in this house after being wounded on the Piave, a place that remained engraved in his heart, so much so that thirty years later he brought him back to "Across the river and among the trees" in which he wrote: "I would like to be buried up there, along the Brenta, where the large villas with lawns, gardens, plane trees, cypresses stood ".

The walk to Brenta river ends at the Alpini bridge, sipping an aperitif from the famous distillery and contemplating the beauty of this extraordinary building. The walk is suitable for anyone, the route is always very popular with people walking and also by families with children. We recommend a calm pace, to enjoy the wonderful landscape that will surround you.