In this chapter we discuss the wonderful Sesto Dolomites, one of the most enchanting areas visited by mountain lovers and more.

The Sesto Dolomites, located between the provinces of Belluno and Bolzano, take their name from the pretty village of Sesto, nestled just north-east of this surprising mountain range, whose highest peak is the Punta dei Tre Scarperi di 3152 meters. This unmistakable mountain group is located in a rather vast territory, in fact, it runs along the borders with Austria up to the valley of the Piave, from the Val di Landro to the Val Pusteria.

The Sesto Dolomites are UNESCO's natural world heritage thanks to a magical and surprising territory, whose biodiversity has formed true works of art that stand out among the great forests and green valleys.

Organize your holidays among these mountain groups, the various population centers and the different locations offer, during the summer, a wide range of outdoor activities, such as hiking, climbing, mountain biking, horseback riding and much more, along the easy cycle paths at the bottom of the valley or higher on the mountain huts between the Dolomite passes.

During the winter, however, you can find many resorts equipped with ski lifts for skiing and snowboarding, hundreds of kilometers of slopes prepared for both cross-country skiing, both for easy walks or snowshoeing on the snow.

◊ THE FLOWERS OF THE DOLOMITES ◊

During the winter, however, you can find many resorts equipped with ski lifts for skiing and snowboarding, hundreds of kilometers of slopes prepared for both cross-country skiing, both for easy walks or snowshoeing on the snow.

Below we will try to show you the wonderful mountain groups that are located in the Veneto region and those that go beyond the borders slightly, given the majesty and the difficulty of managing these gigantic natural works of art. 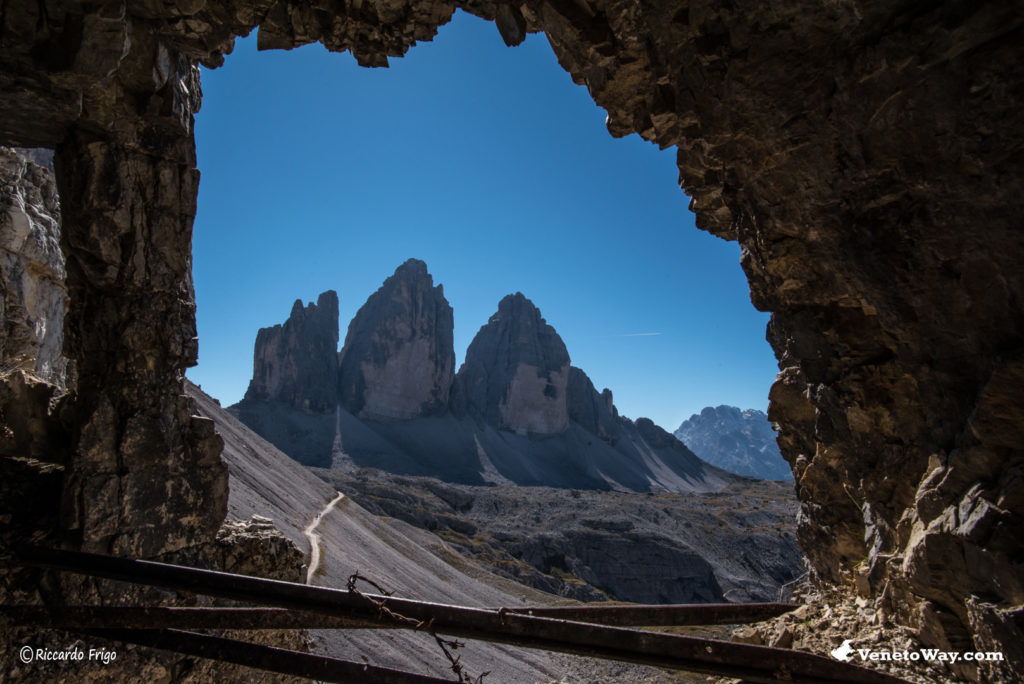 The Tre Cime di Lavaredo Group constitute the symbol of the Dolomites, a UNESCO World Heritage Site and are considered among the natural wonders...   ⇒ Continue 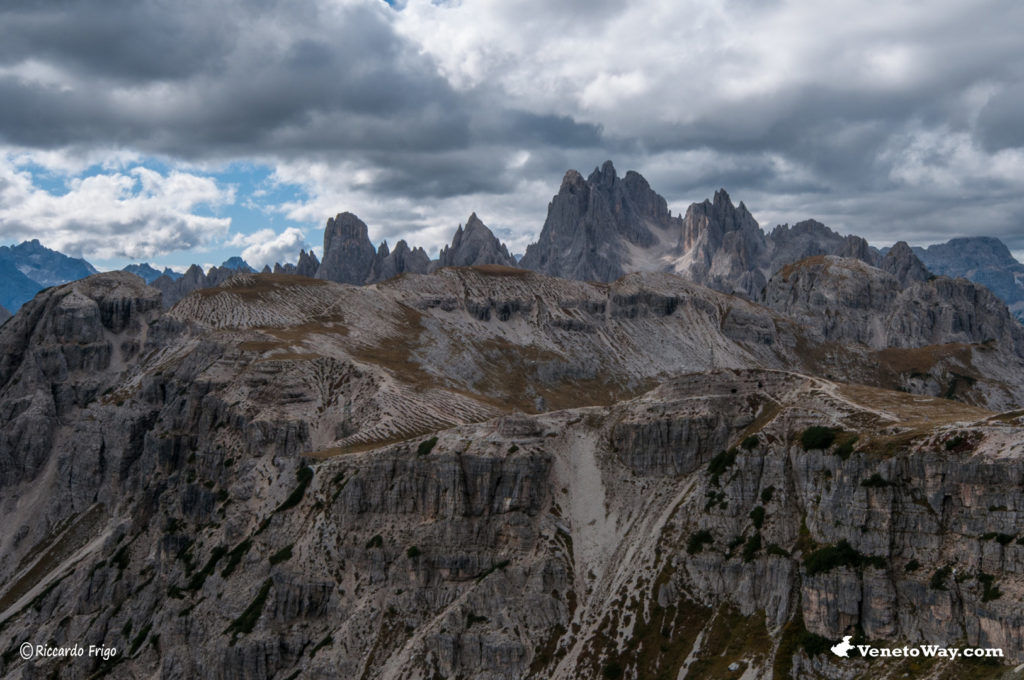 The Cadini di Misurina overlook the splendid waters of Lake Misurina in the province of Belluno, and are located between Cortina d’Ampezzo, Auronzo...  ⇒ Continue 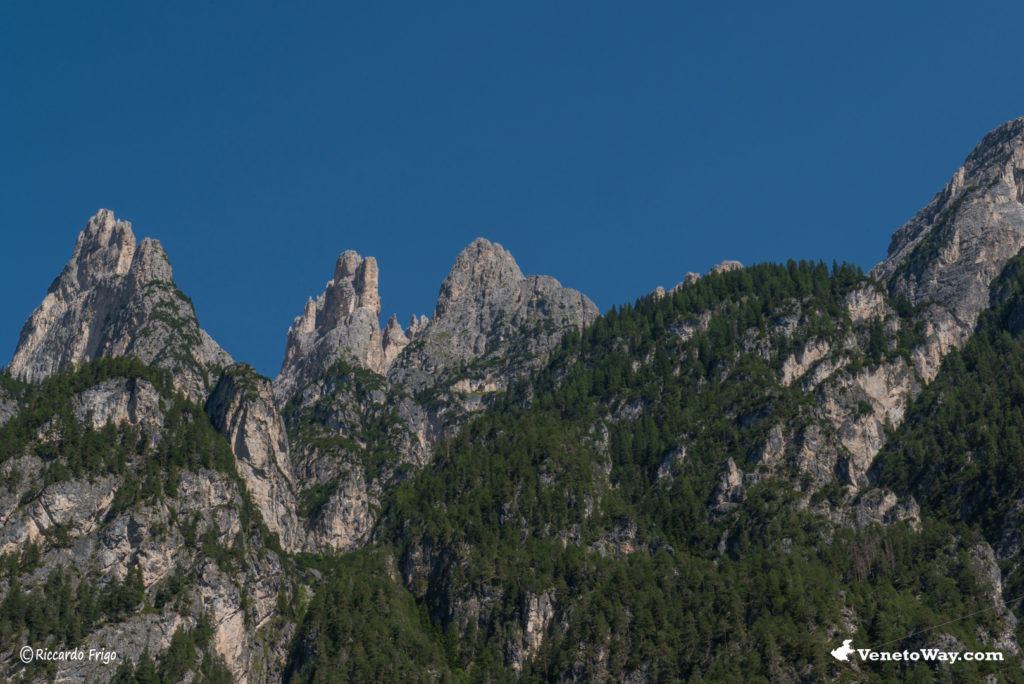 The Croda dei Toni Group is located along the border between the Veneto region and Trentino-Alto Adige, between the Tre Cime di Lavaredo, the Monte...   ⇒ Continue 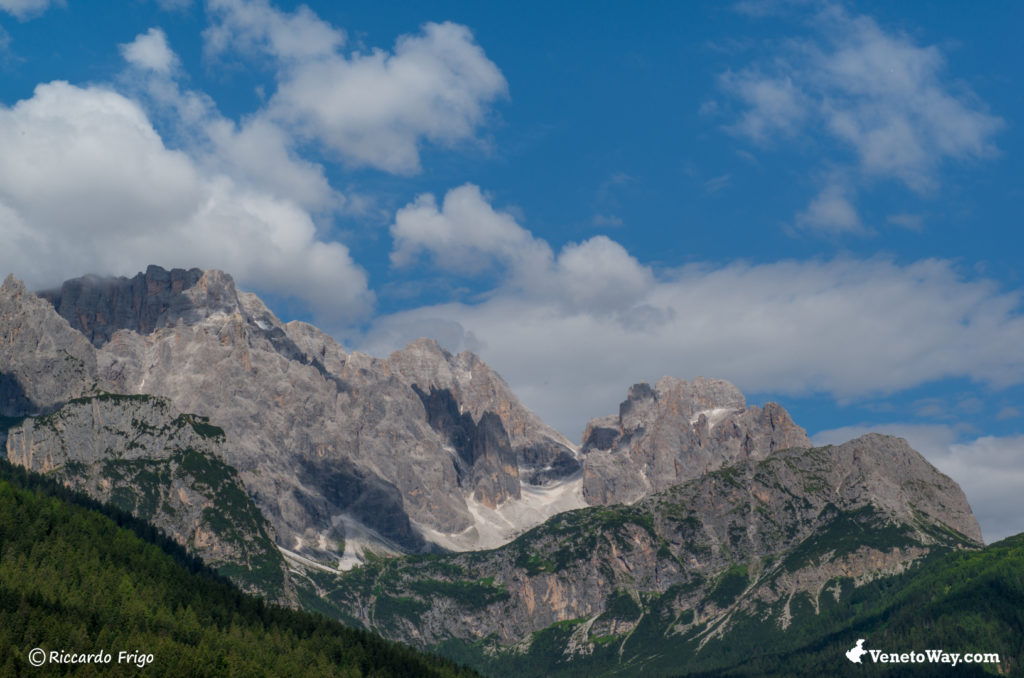 The Popera Group is a small mountain group in the Alps, located after the Croda dei Toni Group on the border between the province...   ⇒ Continue