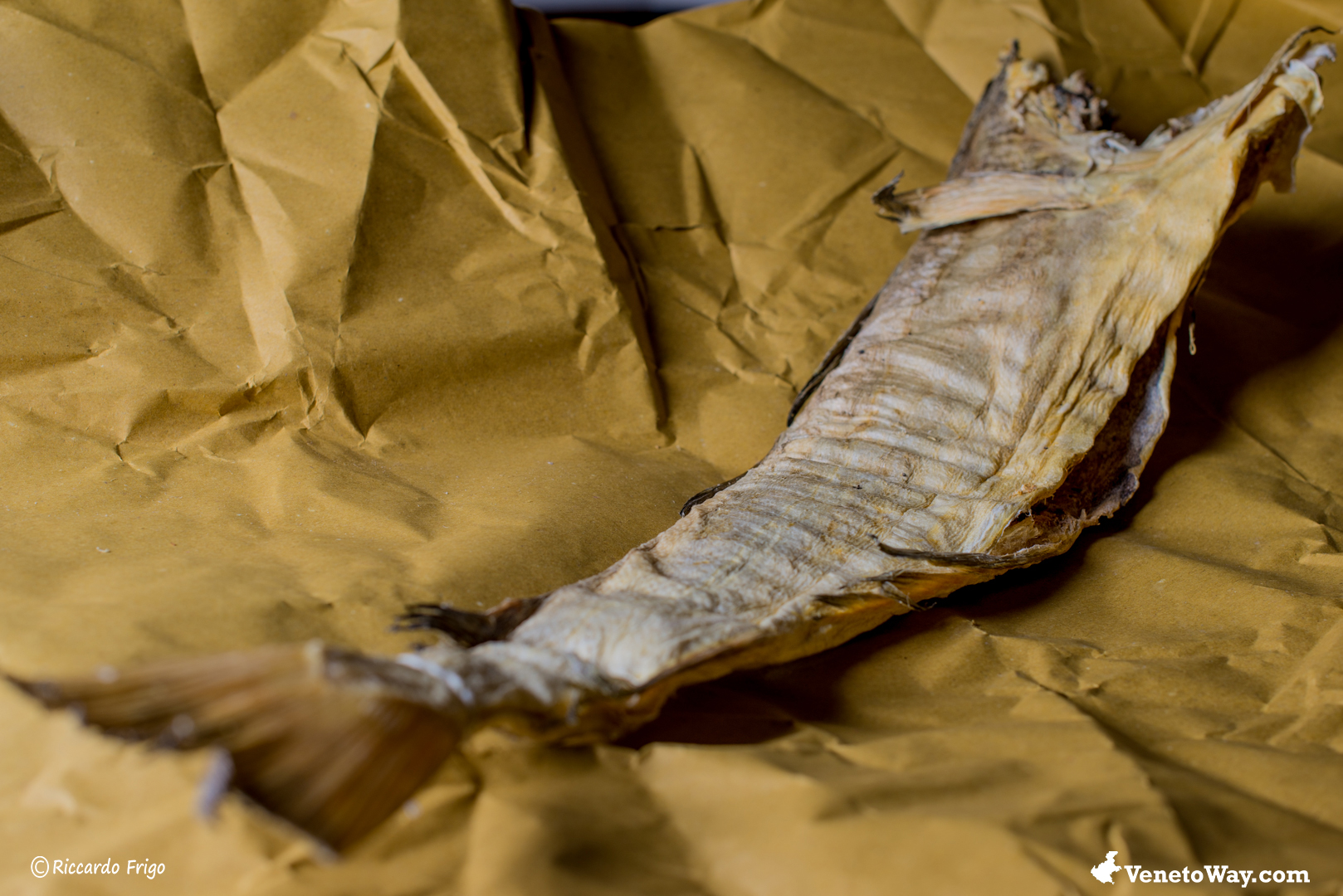 In this article we treat a unique delicacy, a tasty and refined morsel that is worked in the territories in different ways, stockfish and baccalà.

Baccalà is a unique and succulent product, which has been worked for years in many areas of the Veneto region, and beyond, preparing and tasting it in typical dishes. It is an essential element for many popular kitchens, but there is often a confusion between stockfish and baccalà. In reality they are two different products, but which always derive from cod.

The difference lies in the processing and conservation, as the stockfish is dried, while the cod goes through a salting and subsequent drying process.

Messer Piero Querini, a Venetian merchant and captain of the Serenissima, discovered it during a crossing from the Island of Crete to Flanders, loaded with spices, cotton and aromatic woods. After twenty days of storms in the North Sea, the commercial dream turned into a tragic shipwreck, and part of the equipment perished, but one of the two boats managed to reach the Norwegian coasts of the Lofoten islands, near the Arctic Circle. It was 1431, and the inhabitants of the island welcomed the poor survivors, caring for them and feeding them.

These people had a strange way of storing fish, baccalà, in fact it was skipped and dried for months until it became hard as a stick. Here Messer Querini was struck by those stick-fish left to dry in the freezing wind of the Polo, which when he returned to Venice, in the US report he told of the new food he had discovered.

Today a strong bond has been established between Norway and the Veneto region, which over the centuries has always been strengthened, thanks also to the trade in cod, in fact 90% of the Lofoten fish takes the path of the Veneto region. Here we find two schools of thought, the Venetian one that claims it reduced to a cloud, that is, creamed and the Vicenza school that enriches it with oil, milk, anchovy onions and a long cooking. One of the good things about cod is to buy flavor even if it is consumed some time after cooking. Be careful though, the etymologically incorrect word is always used, we are talking about dried Stockfish, and not about the variant in salt, the baccalà.