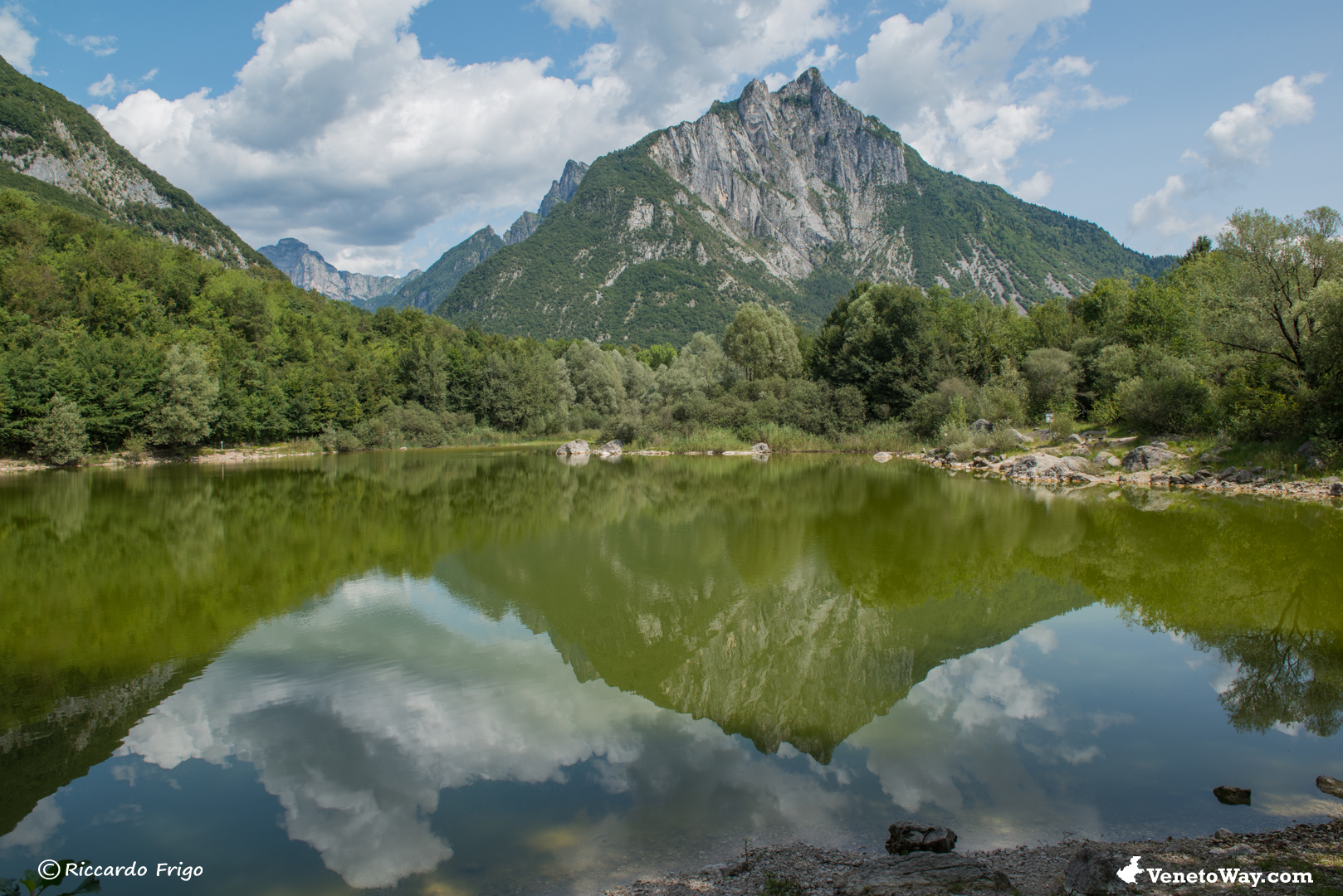 In this article we discuss the Vedana Lake, a small body of water located within the National Park of the Bellunesi Dolomites.

The Lake Vedana is a small and suggestive stretch of water nestled between the spectacular mountain ranges of the Sun Mount and Piz Vedena, in the unique locality of Masiere, in the municipality of Sospirolo, in the province of Belluno.

In particular, the Masiere di Vedana are an expanse of boulders and debris, surrounded by sparse and stunted vegetation, located along the course of the Cordevole torrent, on the edge of the National Park of the Bellunesi Dolomites. 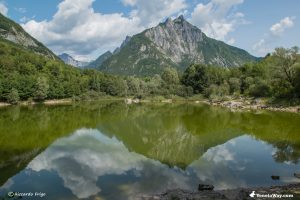 It is a lake that took shape as a result of barrages and landslides, caused by the retreat of glaciers in the Quaternary period, during the last glaciation, about 15,000 years ago. The Vedana lake has no tributaries and emissaries, in fact it is fed by underground water veins, which run along an ancient road abandoned by the Cordevole torrent.

Given its uniqueness as a lake environment, typical of the southern part of the province of Belluno, this particularly important and delicate habitat boasts the presence of many rare and not very widespread species. 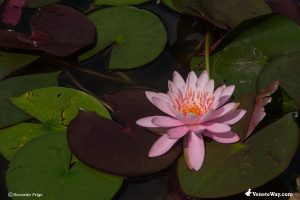 The area has been included among the Biotopes of the province and among the areas of the European Natura 2000 Network, which aims at the conservation of biodiversity. It is a perfect place for a nice walk with the family immersed in nature, away from the chaotic towns and their busy streets. A legend tells that on 7 January 1114, due to a violent earthquake, there was a disastrous landslide from Mount Peron, which buried the two cities of Cornia and Cordova, thus condemning the sins of those populations. 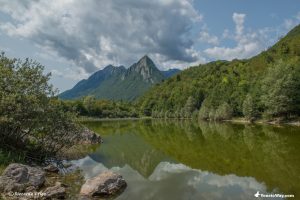