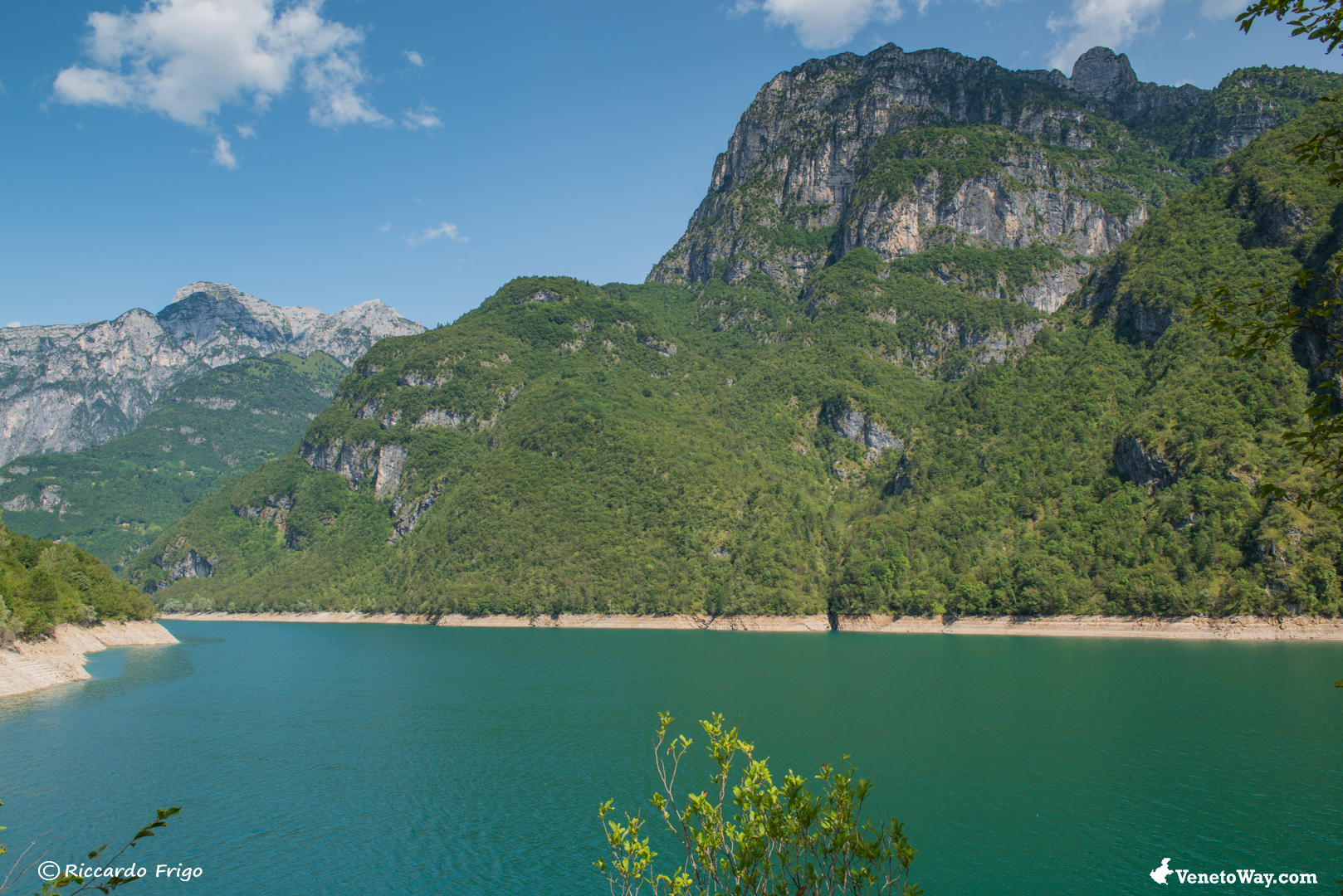 In this article we discuss the Mis lake, a particularly suggestive artificial water basin of the Mis valley.

The Mis Lake is a splendid stretch of artificial water that occupies a large part of the Mis canal, in the mountains of the province of Belluno. This poetic and mysterious valley has been marked over time by the lively course of the Mis torrent, nestled between the mountain ranges of the Sun Mount and the Pizzocco Group, nestled in the National Park of the Bellunesi Dolomites. The park is one of the most varied and interesting conformations of the area, both at a structural and stratigraphic level, in fact most of the territory is developed on sedimentary rocks. 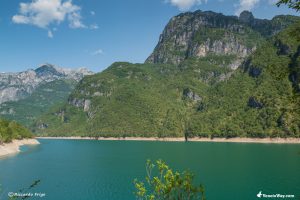 But there are small exceptions, such as in Mis Valley and Imperina Valley, an important area that represents the geological border of the Dolomites, and where rocks of very ancient metamorphic origin emerge.

Today, walking through this mountain massif we can admire large and deep valleys and rocky walls, alternating with dark ravines and looming spurs, between large plateaus where the karst nature of the rocks has left the development of an underground scenario made up of tunnels, halls, cracks, abysses , which penetrate the bowels of the earth. The construction of the dam, with the consequent formation of the artificial lake, between 1957 and 1962, ended up submerging some rural settlements and the old road that ran along the valley floor.

Favoring this project was the disastrous flood of 1966, which led to the abandonment of the districts and inhabited houses. Including Gena, which is divided into three villages, Gena Alta, Media and Bassa, located between 400 and 800 meters above sea level, in the municipality of Sospirolo.

Today these villages are completely uninhabited, and Gena Bassa almost completely disappeared in 1962, with the formation of Lake Mis. Surrounded by mysterious and fascinating mountains, the Mis lake has an area of about 1.30 square kilometers and a maximum depth of about 90 meters.

In short, a jewel to be discovered, along its banks there are easy paths to follow even with the family, so as to give yourself a regenerating experience immersed in nature. A magical place especially in periods less frequented by tourists, where we can admire pretty waterfalls, emerald-colored pools of water, cadini shaped by the erosive action of water and verdant woods.

There are numerous reasons of interest to visit these wild areas, often overlooked because they are attracted by the high rocky peaks of the Dolomites, but do not miss the Soffia waterfall and the Cadini del Brenton. In the middle of the lake, we find the Pian della Falcina leisure center, with a large car park, a camper area with services, and a nice green lawn for picnics equipped with fire points and tables. The area is very popular in the summer. A stone's throw from the area is the parence for the nature trail in Val Falcina, while a couple of minutes by car is the Campanula Morettiana Botanical Garden. The area is equipped with public toilets. 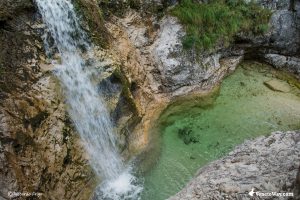 "There are valleys with us that I have never seen anywhere else. Identical to the landscapes of certain old prints of romanticism that you thought when you saw them: but it's all false, places like this don't exist. Instead they exist: with the same loneliness, the same improbable cliffs half hidden by trees and bushes crumbling over the abyss and cascades of water, and on the path a rather mysterious traveler. Certainly less splendid than the triumphal high valleys of the Dolomites enclosed by white rocks. But more enigmatic, intimate, secret. The Mis valley, for example, with its side valleys that penetrate a tangle of wild and glorious mountains, where a madman passes every three hundred years, not happy, if you like, somewhat grim perhaps, and gloomy. Yet moving for the stories they tell, for the air of other centuries, for the solitude comparable to that of deserts. " (by Dino Buzzati)