In this chapter we discuss the largest square in the city, surrounded by numerous buildings and where many activities take place, the Martiri Square.

Martiri Square, like many other Venetian squares, is considered the "living room" of the city and the hub of commercial life, fairs and parades. It has an elongated shape, with colorful Venetian style buildings and typical porticoes.

In the center we find a beautiful garden in which stand out the Monument to the Resistance and a large fountain with the coats of arms of the 69 municipalities of the province. To the south-west, instead, we find a lovely terrace overlooking the Piave river and Valbelluna.

This particular square has been called for more than a century the Pope Square, or Gregorio XVI Square, as a tribute to the Pope from Belluno. The Martiri square owes its name to the four young partisans hanged by the Nazis on 17 March 1945, on the four lampposts in the center of the square. The sculptures we find were made by the artist from Falcade, Augusto Murer, in memory of the tragic episode.

Hidden behind the gardens, a series of buildings from various eras take the place of the ancient Roman city walls, and from where a small access to the castle led to. The entrance was called Ussolo, that is a small door, and was used for the passage of garrison soldiers to the city manor. 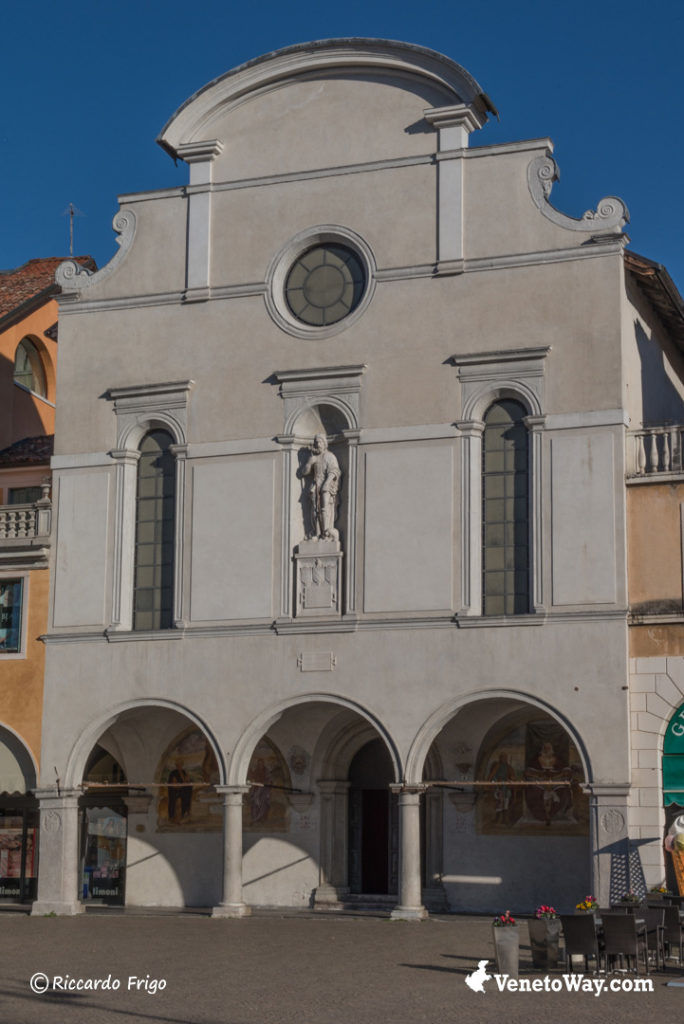 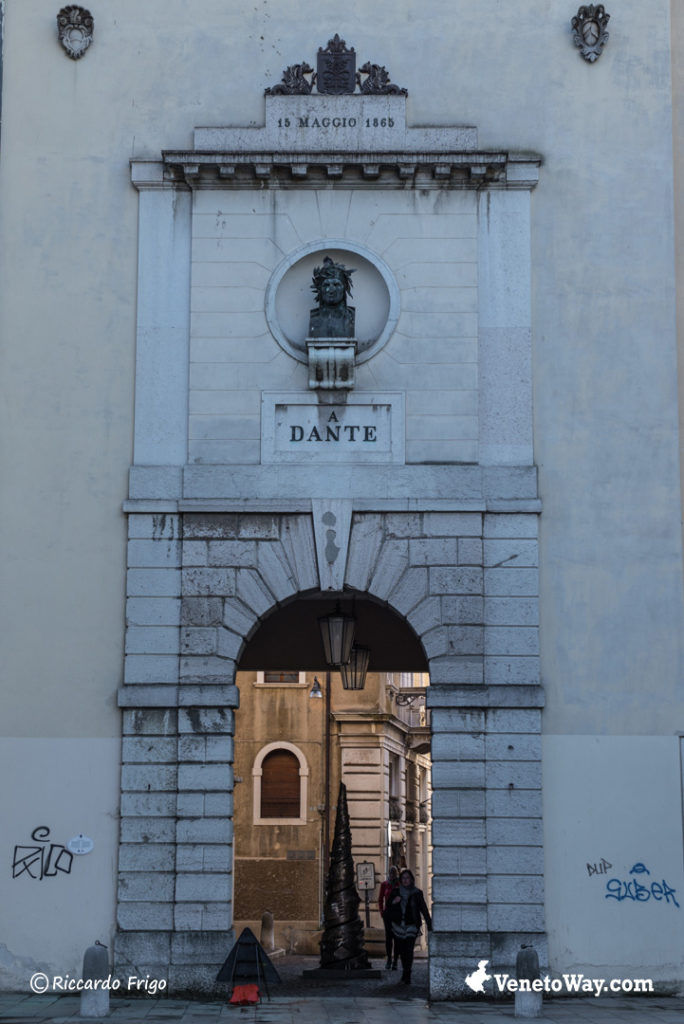 The Dante gate dates back to 1865, built at the end of the Habsburg domination in Belluno, as a patriotic symbol of the rediscovered Italian cultural unity. The stone coat of arms that still appears today was made together with the Porta Reniera, in 1669 by the Venetian rector Daniele Renier, from which it took its name. Inaugurated in May 1865 it was dedicated to the greatest Italian poet.